The sad side of horse racing – the amazingly talented San Onofre suffered a catastrophic breakdown in the Kona Gold Stakes at Santa Anita. Out of fourteen career starts, San Onofre had six 1st place finishes and four 2nds.  Four of his 1st place finishes came in a row in after he broke his maiden at Betfair Park back in 2013.  In 2015 he was 2nd in the Don Valpredo, the Kona Gold and the Los Angeles Stakes then finished 4th in the Triple Bend Stakes.  He won the Midnight Lute at Santa Anita back in January of this year then placed 4th in the Don Valpredo.  After a poor finish in the San Carlos Stakes he came back in brilliant fashion to win the Los Angeles Stakes at Los Alamitos on April 16th.  A beautiful horse to photograph, he was sired by Surf Cat our of the Native Regent mare, Marrakech Gold.  RIP big guy, and may your pastures be forever green. 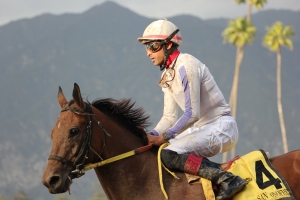 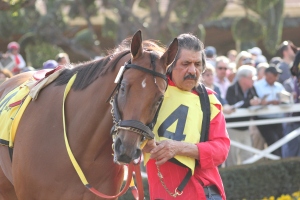 I don't only shoot horses. I also do events! For information or quotes please email me at carrielynnbarkerphotography@gmail.com

I am available for events and for creative photography work, including modeling and head shots. Please email with details for price quotes. I do work charity events as well for discounted costs but stipulations do apply.
Follow CLB Photography on WordPress.com
Loading Comments...
%d bloggers like this: